Modern day pastors have been all too willing to accept the role of a CEO running the church like a business, serving more as a visionary leader than a shepherd of souls. We’ve served the bottomline more than the “least of these.” Board rooms and whiteboards have replaced prayer […] 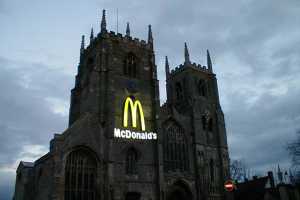 From Big Box to Big Souls

The big box “church-as-business” model that arose in the last quarter of the 20th century was a complete (and short-lived) anomaly in the long 2,000 year history of Christian ministry. It rode the wave of American-styled capitalism and is grounded in the values of American consumerism and market […]

Over three decades ago, my late hero and Protestant “Saint” (if Presbyterians canonized people) Eugene Peterson wrote the following in the opening paragraphs to his book on pastoral ministry called Working the Angles (1987): “American pastors are abandoning their post, left and right, and at an alarming rate. They […]

LECTIONARY REFLECTION | 17th SUNDAY AFTER PENTECOST LUKE 17:5-10 One of the hardest things to keep in balance is the fact that Jesus Christ is both “lover of our soul” and “Lord of the universe.” He’s beloved friend and coming King. One moment he is wooing us with […]