This Advent sermon by Mike Fox is a powerful reminder of what it means to have a ‘Mighty God.’

This Advent we are focusing on Isa 9:6 where Isaiah says “For to us a child is born, to us a son is given, and the government will be on his shoulders. And he will be called Wonderful Counselor, Mighty God, Everlasting Father, Prince of Peace.”

This begs the question: What does God’s love look like?  Each of us will probably have a slightly different answer to that question, but here’s what Isaiah says “For to us a child is born, to us a son is given…”  John’s gospel says something very similar, “For God so loved the world that He gave His Son…”  Given that Christmas is rapidly approaching, it is appropriate that both of these verses say that God’s Son was GIVEN.

If those 2 verses had been written today, in our over-commercialized world, we might see something like, “God’s Son now exclusively at Target through Christmas for the low, low price of just $59.99!”  For us, the truth is hard to believe.  GOD (the Creator of the universe). GAVE (as in free, no charge). HIS (one and only). SON.  God gave His son.

If asked, each of us would probably answer the question, “Does God love me?”, with a, “Yes!  Of course He does!”  On the other hand, the answer to the question, “What does God’s love look like to me?” or worded a little differently, “How has God demonstrated His love to me?”, would almost certainly be different for each of us.

How does scripture answer those 2 questions?  Does God love us – the answer is a resounding, Yes!  Consider God’s words after He created Adam and Eve – “It is very good!”  Consider His actions throughout much of the Old Testament.  Every time we got off track, God provided a way to bring us back – He selected Abraham and his descendants to show the rest of the world how to live; He gave us the law; He sent His prophets; and Jesus sent His Son.  Each of these is a response to us losing our way.

What does God’s love look like?  The easiest answer to that question can be found by looking at the many different names of God.  Reading through the Bible we see God described as a provider, a healer, a banner, a shepherd, and Lord just to name a few.  Each of His names represents one of His attributes.  Each name represents one of the many ways God has reached out to humankind.

Henry Ford is credited with the saying, “You can buy the Model T in any color you want as long as it is black.”  Unlike Ford, God reaches out to us.  God presents himself to us in exactly the way we need.   Don’t have enough to eat?  God is our provider.  Sick?  God is our healer.  Lost?  God is our shepherd.  God’s love comes in many shapes and colors.  God does not wait for us to find Him.  He pursues us.

In Isa 9:6 we see 4 additional names of God – Wonderful Counselor, Mighty God, Everlasting Father, and Prince of Peace.  Four more ways God reaches out to us.   Sometimes we need the advice of a wise and trusted counselor, sometimes the comforting arms of a loving father, sometimes the stability from a benevolent leader and sometimes we need the protection of a strong champion.  This week we will look at the title “Mighty God”.

Today, in 2019, the word “mighty” is not used very often and when it is used, it is almost exclusively means “strong”.  The Hebrew word that is translated as “mighty” in Isaiah 9 has several similar, but different uses – mighty, strong, warrior, valiant, hero and the translation that I will spend the rest of the morning on is found in 1 Sam 17:4a:

“Then Goliath, a Philistine champion from Gath, came out of the Philistine ranks to face the forces of Israel. He was over nine feet tall!”

In this context, a champion was certainly a strong, skilled warrior, but maybe the most important characteristic was that he represented his people in battle.  He fought so his people didn’t have to fight.  The fate of his people rested on his skill in battle.  The position of king’s or queen’s champion still exists in England.  It is now a mostly ceremonial position, but in the past the champion would, through mortal combat, defend the king or queen.

The Olympic games are a much less bloody version of the king’s champion where each country sends their champions to represent them.  Even though there is no prize for the country with the most gold medals, it is still a statistic that is tracked very closely by the media and provides bragging rights to government leaders.

I hope you noticed that the description of a champion is a description of what Jesus did for us – we have sinned and deserve death, Jesus took our place on the cross and died for us.  Throughout history this has been part of the champion’s job description – to fight and possibly die for his king and his people.

The concept of champion has also found its way into business language.  It is a well known business fact that a project is much more likely to succeed if it has a champion.  The role of a project champion is to be an advocate, remove red tape and obstacles, fights to ensure projects finish on time, under budget, and with full functionality.  Here again we find a description of what Jesus did for us.  Jesus is our advocate.  His death and resurrection have removed all obstacles that keep us separated from God.

Lastly,  the concept of champion exists in almost all forms of competition involving skill or intelligence.  Think World Series, Superbowl, Spelling Bee, Chess grandmaster, etc.  This type of champion is simply the best at whatever he/she does.  They have competed and defeated all challengers.  Jesus has defeated death, our greatest foe.

So you see champion is an apt description of what Jesus has done for us.

Getting back to Isaiah 9, the Israelites knew Isaiah was talking about the Messiah.  This passage “…a Son will be given…and his name will be…Mighty God…” is one of the reasons why the Israelites expected the Messiah to be a military leader.  The religious leaders felt that their most pressing need was to win their freedom from Rome and Jesus, the teacher and healer, was definitely not what they expected or, to be honest, what they wanted.

Often we are just like those religious leaders.  We think we know better than God what we need.   We reject the Messiah because he isn’t what we expect or what we want.

The religious leaders 2,000 years ago made a mistake. They assumed that God would send a Messiah who would solve all of their worldly problems by defeating all their earthly enemies.  I suppose it is a natural mistake.  We are flesh and blood after all.  We live in a physical world where we feel pain, hunger, sorrow, and loneliness.  We experience the world around us through our 5 senses – sight, sound, smell, taste, and touch.  So, yes, it is natural for our physical problems to seem more important than they really are.  It is natural to feel that God is distant and uncaring when our physical world problems not only go unresolved, but seem to get worse.

The Truth of the matter though is that God did not send His Son to solve our physical world problems.  In Matt 26, Jesus says “the poor will always be with us…”  Two-thousand years ago, the religious leaders expected the Messiah to be a great military leader, someone who would defeat Rome.  Their biggest mistake was thinking that their greatest enemy was Rome.

Victor Frankl, in his book Man’s Search for Meaning, says that humankind has one freedom that can never be taken away, the freedom to think.  We can be imprisoned and tortured; we can be poor, sick, or crippled; we can be lonely or bullied, but we are always free to pray, to worship God, and be kind to others.  You see, it wasn’t Rome that prevented the Jewish people from worshipping God.  It was sin.  Not much has changed in 2000 years!

Isaiah gave Jesus the title Mighty God, warrior, hero, champion.  We know that Jesus didn’t overthrow Rome.  Here didn’t even do battle against Rome.  Does that mean Jesus was a failure?  If not, how was Isaiah’s prophecy fulfilled in Jesus?

Listen to these verses.  Listen specifically to the military language – struggle, victory, destroyed.  Listen also to who the enemy is – spiritual forces, the devil, death.

2 Corinthians 3:17 NIV — “Now the Lord is the Spirit, and where the Spirit of the Lord is, there is freedom.”

Matthew 4:1 NIV — “Then Jesus was led by the Spirit into the wilderness to be tempted by the devil.”

2 Timothy 1:9 — 9 For God saved/rescued us and called us to live a holy life. He did this, not because we deserved it, but because that was his plan from before the beginning of time—to show us his grace through Christ Jesus.”

There is a battle, but it isn’t a physical battle.  It is a spiritual battle.  Jesus isn’t JUST a teacher and healer.  He is also a warrior.  He fought against and conquered humankind’s greatest enemy, death.

God gave His Son, free of charge.  Jesus came as our champion to represent us, to advocate for us, to fight for us, to hang on a cross in our place, and ultimately lay down his life for us.  John says it best, “Greater love has no one than this: to lay down one’s life for one’s friends.”  (John 15:13 NIV)

Lord Jesus, you are Mighty indeed!  We are a selfish, ungrateful people, putting our petty, earthly desires ahead of a right relationship with you.  Yet in the midst of our sinfulness you still love us.  You come to us just as we are.  We can do nothing except fall on our knees, ask for forgiveness, and say thank you.  Thank you God for the gift of your son.  Thank you Jesus, our champion, for fighting and winning the battle we had no hope of winning.  Thank you Holy Spirit for your wise counsel and gentle guidance.

Jeremy Berg is the founding and lead pastor of MainStreet Covenant Church in Mound, Minnesota, and Professor of Bible & Theology at Solid Rock Discipleship School. Jeremy is completing his doctorate in New Testament Context with Dr. Scot McKnight at Northern Seminary in Chicago. He holds a M.A. from Bethel Seminary and B.A. from Bethel University. He and his wife, Kjerstin, keep busy chasing around three kids, Peter, Isaak and Abigail. View all posts by Jeremy Berg

Book of Revelation for Today 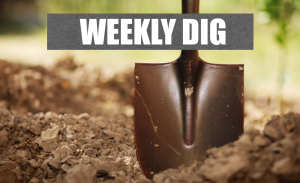