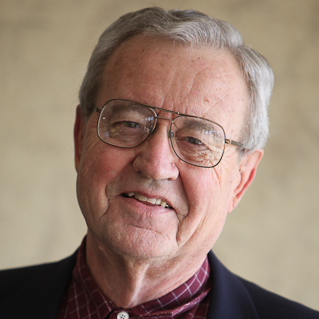 Dallas Willard has been a guiding light and master sage for many pastors who believe at the center of their craft is the call to deeper inner transformation of the human soul . His writings are a goldmine of thoughtful wisdom and, more importantly, his personal life and legacy reveal a man who had the smell of Jesus and whose character had been formed and transformed by Him.

I’m finally digging into his book Renovation of the Heart : Putting on the Character of Christ, and will likely be sharing some quotations and excerpts as I go. I begin today as Dallas describes the problem I deeply resonate with these days. Curling up with a good drink and Dallas Willard book is medicine for my soul, and I commend this spiritual home remedy to anyone else longing to become more like Christ. From page 20-21:

“Spiritual formation, the renovation of the human heart, is an inescapable human problem with no human solution. We take no satisfaction in pointing this out. It is something that can be learned from a survey of world history, world cultures, and past and present efforts to deal with human life by religion, education, law, and medicine. And this observation unfortunately stands firm when we take into consideration the many techniques that are taught in the various psychologies and competing spiritualities of our day.

The reality of all this is currently veiled from view by the very low level of spiritual life seen in Christianity as now placed before the general public. That low level explains why there are at present so many psychologies and spiritualities contesting the field   — often led or dominated by ex-Christians who have abandoned recognized forms of Christianity as hopeless or even harmful.  

Recently, however, a widespread and intense interest in spiritual formation, under that very name, has arisen among many groups of Christians and their leaders. Why is that? It is mainly due to a realization — confirmed now by many thorough and careful studies, as well as overwhelming anecdotal evidence — that, in its current and recent public forms, Christianity has not been imparting effectual answers to the vital questions of human existence.     At least not to wide ranges of self identifying Christians, and obviously not to non-Christians. And spiritual formation has now presented itself as a hopeful possibility for responding to the crying, unmet need of the human soul. The hope springs once again for a response to the need that is both deeply rooted in Christian traditions and powerfully relevant to circumstances of contemporary life. ”

0 comments on “Renovation of the Heart”